Newcastle United have made considerable progress in their quest to watford forward Joe Pedro. 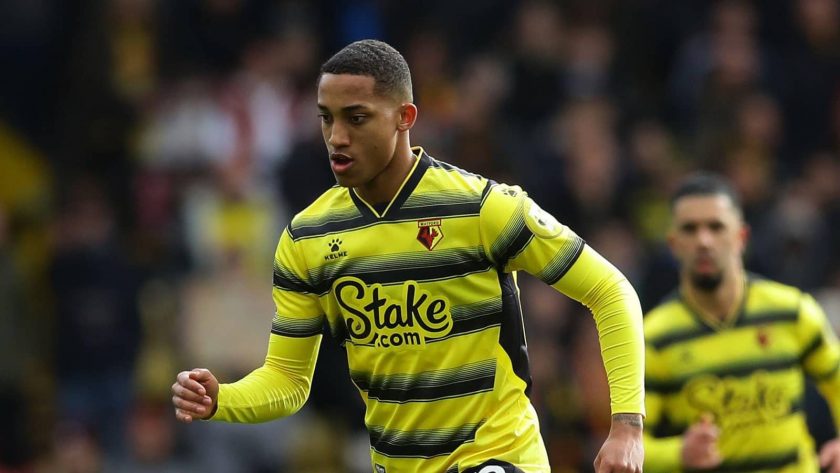 The Magpies had two rebuffed offers for Joao Pedro last week but further talks are expected to take place in the next 24-48 hours with Eddie Howe hoping for a transfer breakthrough. Their latest offer for the Brazilian is around £30million with add-ons included, and although the Hornets are reluctant to lose the youngster in this transfer window, there is a agreement an agreement can possibly be found.

Pedro joined Watford from Fluminense as a teenager in 2020 and has made nearly 80 appearances, scoring 14 goals. The Brazilian scored just three Premier League goals last season as the Hornets were relegated to the Championship. He himself is keen on the move to Newcastle after already seeing ex-teammate Emmanuel Dennis join newly promoted Nottingham Forest.

Newcastle have only made three signings in the form of Matt Targett, Nick Pope and Sven Botman in this window, but new bodies are expected to head to St. James’ Park before the deadline ends. transfer of the month.

Eddie Howe will be eager to see Pedro boost a Newcastle side that have started the new season in impressive fashion, winning one and drawing two. The Toon Army held defending champions Manchester City to a 3-3 draw at St James’ Park last weekend, which lifted them to sixth in the table.

Joao Pedro is tipped for a great future

New recruits such as Nick Pope and Sven Botman have settled well into Eddie Howe’s side, becoming crucial members in no time. What impressed most was the pace and flair with which Newcastle United played in the opening three games, with Allan Saint-Maximin, Callum Wilson, Miguel Almiron and Joelinton linking extremely well in the final third.

With just over a week until the transfer window closes, Howe is pushing for new signings to bolster his squad for the relentless campaign ahead. He apparently wants to add competition and depth to his attacking ranks. It wouldn’t be a bad idea for the Magpies to bring in new faces with an eye to the future, meaning the club’s interest in Joao Pedro certainly makes sense.

Pedro is already out of the picture for this league season and has already had a taste of Premier League football. Despite his age, he has the quality to challenge for an immediate first-team role at Newcastle. There are clear chances that the Brazilian wonderkid could become a key player for the Geordies in the coming seasons if a move materializes.

Needless to say, Pedro still has plenty of time to develop as a player at 20, both technically and tactically. So, an investment for the Watford striker’s services would certainly give a boost to Howe’s long-term plans moving forward at Newcastle.