Manchester United face another stern test on Thursday night when they travel to the King Power Stadium to face Leicester City. 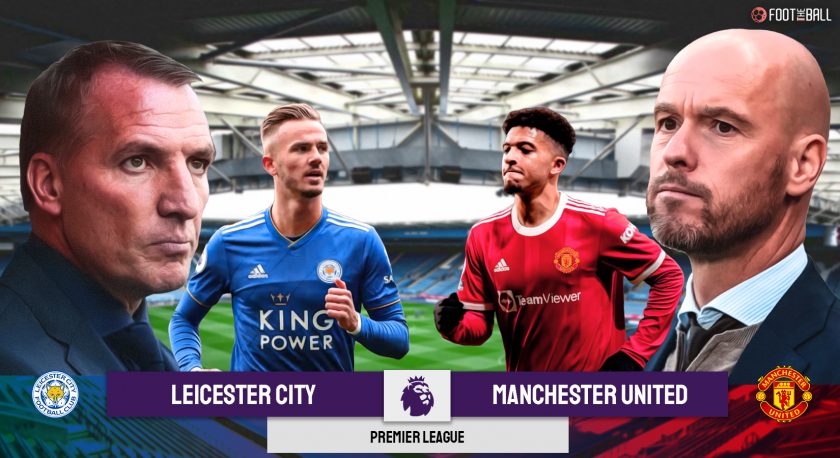 The Red Devils, under new manager Erik ten Hag, have had a miserable start to the campaign but have improved in recent weeks to beat Liverpool and Southampton in the last two games.

By contrast, Leicester City are currently bottom of the Premier League table with one point from four points. They head into the midweek fixture after losing 2-1 to 10-a-side Chelsea last weekend.

Here is an overview three key player battles it could determine the outcome of the Premier League clash at the King Power Stadium.

Diogo Dalot was Manchester United’s first-choice right-back under Erik ten Hag. After a slow start to the season, he showed improved performance in the last two games. The Portuguese was solid against Liverpool’s Luis Diaz and backed him up with a fine performance in Man United’s win over Southampton, where he also picked up an assist.

Against Leicester City, Ten Hag is likely to persist with Dalot at right-back as he looks to build a stable back-four. He is expected to come up against the crafty Harvey Barnes, who has been one of the very few credible performers for the Foxes this season.

Barnes scored a fine goal in Leicester’s 2-1 loss to Chelsea last weekend and will be eager to make his mark against Man United. With his blistering pace and clever movements, the England winger will be looking to sneak past the visitors’ defense and cause problems.

So, it will be interesting to see how Dalot faces Barnes midweek.

Bruno Fernandes has shown signs of recovering the spark he lost last season.

With Harry Maguire down on the bench, Fernandes led Man United to back-to-back wins over Liverpool and Southampton. His excellent half-volley shot gave United points against Southampton, and the Portuguese playmaker will look to lead his side by example at Leicester City.

But Fernandes could have his hands full against Wilfred Ndidi, who is set to be recalled to the starting XI after coming on as a substitute in Leicester City’s loss to Chelsea. A tough midfielder, Ndidi will be tasked with getting close to the Man United playmaker and cutting supply lines.

If the Nigerian international can prevent Fernandes from influencing the game in the final third, the Foxes would have a good chance of winning their first game of the season.

Jamie Vardy had a day off against Chelsea last time out as he missed three big chances.

It was one of those afternoons for the former England striker, but his desire to make quick runs behind the opposing defense was an advantage if Brendan Rodgers were to take any. On Thursday, Vardy must be clinical against a Man United defense that has shown promise in the last two games.

Since the Brentford debacle, Lisandro Martinez has become a solid member of Man United’s backline, putting in impressive performances against Liverpool and Southampton. Much has been said about his height, which is an important factor for a centre-back in the Premier League, but the Argentine makes up for this shortcoming with his tenacity, aggression and ability on the ball.

Vardy will be the closest man to Martinez throughout the match, trying to unsettle him by playing on his shoulder. So, at the heart of United’s defence, Martinez would have to play his A-game to restrain a cunning fox in Vardy.