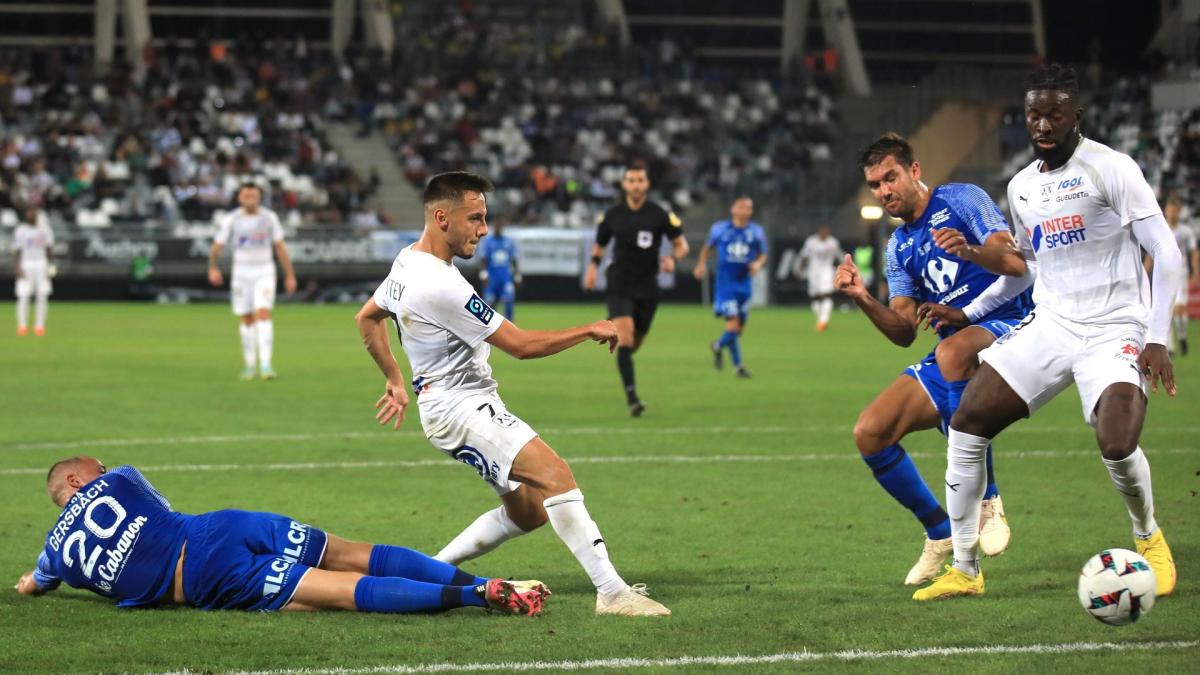 The seventh day of Ligue 2 began on Friday evening. While the Guingamp-Rodez meeting was postponed after a problem aboard the Aveyron Club plane, there were seven more meetings taking place. At the top of the standings, Amiens had a great operation since the club secured the top spot thanks to a penalty from Arkodari (1-0, 69th place). At the back, Sochaux (second), Le Havre (third) and Valenciennes (fifth) ensured that Caen experienced a severe scuffle in Le Havre and conceded their first defeat (2-1). Metz, who was relegated from the French first division, is still in the soft net of the table after the draw against the rising Annecy (0-0).

At the bottom of the table, Grenoble, defeated by the leader, remains in 10th place and is joined by Bastia. The Corsicans beat Dijon thanks to Varela (1-0, 56th place). Loire, Nimes (13) was surprised by the end of the match on the meadow of Valenciennes (3-2). Finally, after a great match, QRM and Niort neutralize each other and do not advance in the rankings. The two teams occupy the fifteenth and sixteenth places, respectively, in the second division. On Saturday, Paris FC will host FC Bordeaux (3pm), while FC Aassi will host FC Pau on Monday (8:45pm).