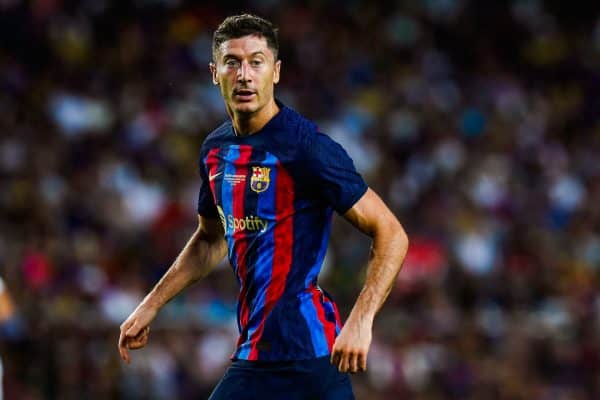 Robert Lewandowski does not disappoint. Recruited this summer by FC Barcelona for a reported €45m, the 34-year-old Poland striker has already netted five times for the Catalan club.

There was no doubting Robert Lewandowski’s adaptation to the Spanish championship. A few weeks after joining the ranks of FC Barcelona from Bayern Munich, for a check of 45 million euros and until June 2026, the Polish striker has fully integrated into his new team. Established at the forefront of the Blaugrana attack since day one of La Liga, the 34-year-old was initially silent like all his teammates against Rayo Vallecano (0-0), before pairing his doubles against Real Sociedad. (4-1) and Real Valladolid (4-0). And last Saturday, the Warsaw native scored his fifth goal in four matches at Seville (3-0).

As a key entry in the Barcelona team, Robert Lewandowski received a strong tribute from his coach Xavi, in a press conference, after the great success on Andalusian soil. The Spanish technician does not want to only remember the achievements of his captain. “It’s not just his goal, it’s the way he presses high, controls the ball and uses it in the best possible way. It’s a very important criterion for us, in the way he starts high pressing and continues Gavi, we get a lot of high balls because he’s in the right area he’s a great choice. To us when we attack he is a great player, the way he controls things. When and where he chooses to receive the ball, he always offers solutions. He has all the qualities of a modern footballer.”

As he used to with Bayern Munich, Robert Lewandowski will try to open his counter at C1 to mark the reception of Viktoria Plzen next Wednesday. https://youtu.be/NLke5u5lGlw