UEFA said it had opened a disciplinary case over incidents that occurred in London with OM supporters. Marseille FC risks a big penalty. 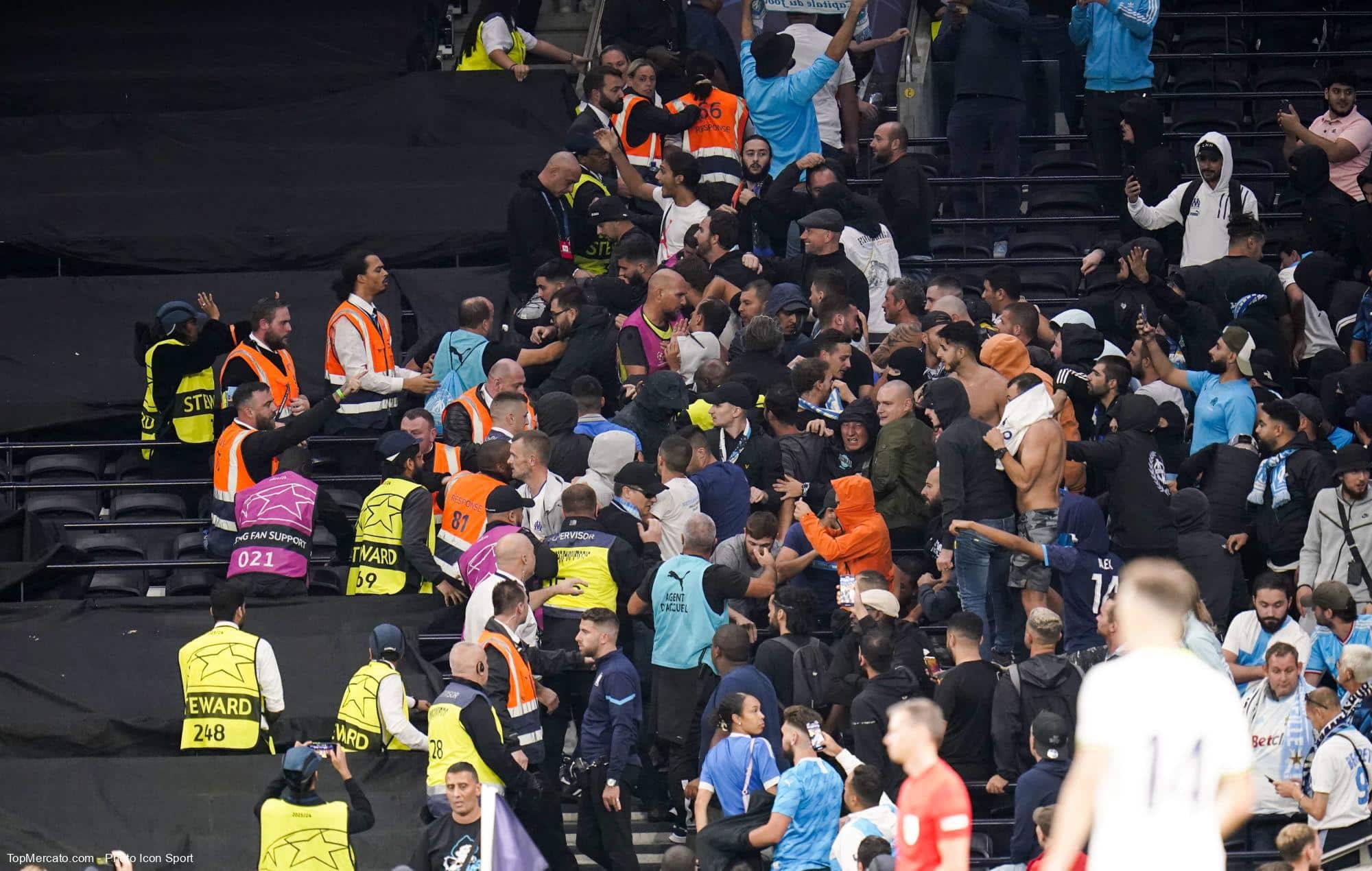 The 2021-2022 financial year had sparked numerous violence, in the French League and in the European Cups. OM has been notably penalized on several occasions in the European League and Conference League. Marseille is off to a bad start to the 2022-2023 Champions League season: UEFA must take drastic measures once again.

Accidents have already occurred while OM fans were on the move at Tottenham’s stadium. according to RMC SportsTensions between Marseille and their English counterparts have led to projectiles being thrown, fights with the hosts, the tearing of an LGBT banner and the spewing of smoke in the Tottenham fan rostrum. In response, UEFA opened a disciplinary case and FC Marseille could pay a heavy price for the perversions of its supporters.

Towards a travel ban for supporters?

according to RMC SportsOM has already been suspended, following the decision on June 8, which includes a fine of 40,000 euros and a match behind closed doors for the commission of “Ignite fireworks and convey a provocative message of an aggressive nature”. On the other hand, it is not clear that Wednesday’s events are of the same nature as the events that were related to this punishment. The radio indicates that a source close to the body told him that the danger was related to some extent to the movement of his supporters. The car park in Marseille can be closed to meetings in Lisbon and Frankfurt.

As a reminder, 1,500 Marseilles made the trip to London on Wednesday. Among them was Joey Barton, who shocked England with a finger among the Tottenham supporters. The former England midfielder with a sullen reputation is still very attached to Marseille, playing during the 2012-13 season.

Pictured, Barton gives Tottenham fans the middle finger after standing at the end of Marseille after their Champions League defeat. https://t.co/HUEt52lGqf pic.twitter.com/7pkEMWWdVX