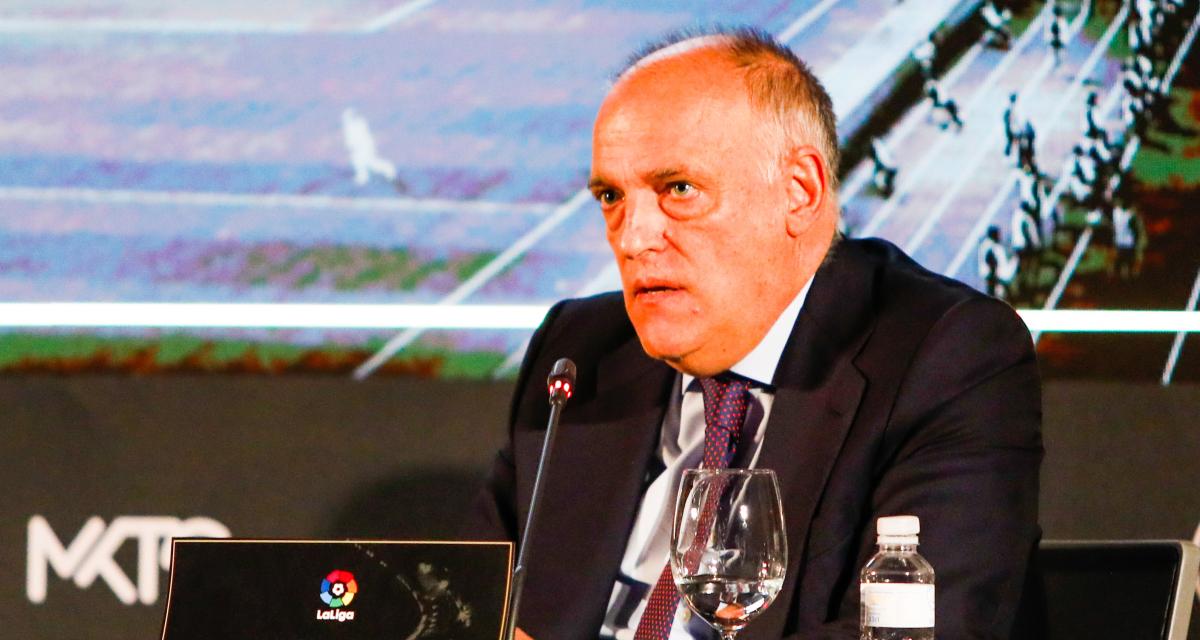 Barcelona completely rebuilt itself during the last transfer window. Joan Laporta has not stopped since his election as president of the Catalan club to clean up finances. After activating several economic levers, the Blaugranas managed to attract many big names, from Robert Lewandowski to Jules Koundé via Raphinha. As La Liga has just published the wage bill limits for each club, Javier Tebas spoke about Barcelona’s situation: “Barcelona were able to score their players thanks to Palancas (jacks, editor’s note). They have to lower their payroll so they can stay calm during the next transfer period. Don’t forget that the sale of FC Barcelona’s TV rights represents 5% of their total income. It’s a small amount For Barcelona, ​​it does not jeopardize their income or the sustainability of the club. There is no risk of bankruptcy.”

Tebas: “Barcelona’s wage bill is still around 200 million above the maximum wage under normal circumstances. The wage bill should be reduced.”

The La Liga coach also mentioned the Antoine Griezmann case, while the French international was the subject of a dispute between Barcelona and Atletico Madrid: “The question of Griezmann’s option to buy must be decided by the arbitration court, and within 6 months there should be a non-appealable ruling. Depending on what this sentence decides, it will affect one of the two clubs.

Javier Tebas spoke about Barcelona’s financial situation. The Catalan club has faced great financial difficulties in recent seasons, but the La Liga coach was reassured about the Blaugrana’s recovery.