Manchester United would have intensified their quest for Santiago Ariaswho is a free agent after being released by Atletico Madrid earlier this summer. 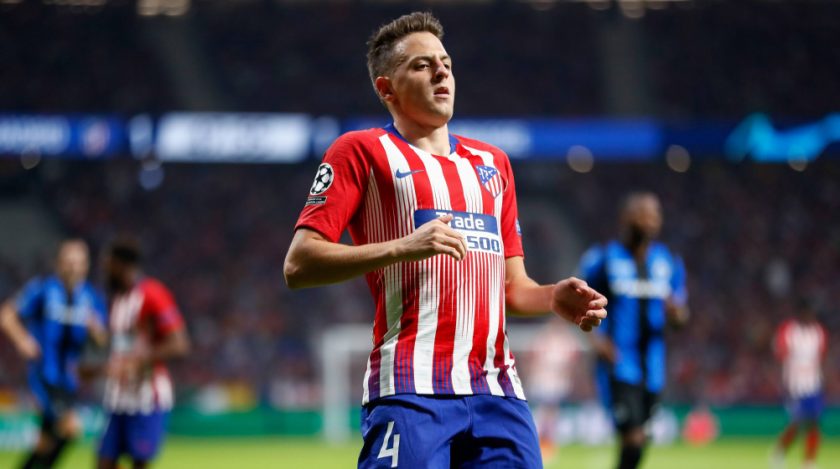 The transfer window may be closed, but clubs are able to conduct deals by signing free agents. Manchester United enjoyed a turbulent summer transfer window as they splashed the big bucks to bring in Antony, Casemiro, Lisandro Martinez, Christian Eriksen and Tyrell Malacia. However, it looks like Erik ten Hag isn’t entirely happy with the squad, with additions still on the way.

Santiago Arias, 30, is a player strongly bound with a move to Manchester United in recent days. The Colombia international moved to Atletico Madrid from PSV Eindhoven in 2018 but struggled to make an impact in Spain, managing just 51 appearances for the club. Injuries haven’t helped his cause at Atletico Madrid either, as he’s been loaned out to Bayer Leverkusen and Granada after falling behind Kieran Trippier and Sime Vrsaljko in the pecking order.

Aaron Wan-Bissaka has lost his right-back spot to Diogo Dalot this season. Dalot has started all seven of Man United’s games so far this season, including the 1-0 loss to Real Sociedad in the Europa League.

Erik ten Hag is apparently not rating Wan-Bissaka and was ready to offload him in the summer transfer window, only to later change his mind due to the club’s inability to sign a right-back. Wan-Bissaka, who was linked to moves to Crystal Palace and West Hamhas been limited to just four minutes of action so far and will certainly be cleared to leave in January if a suitable offer is tabled.

Is Santiago Arias the right fit for Man United?

Erik ten Hag wants competition and cover for Dalot at right-back and has stepped up his efforts to bring Santiago Arias to Man United on a short-term deal.

Arias is a modern full-back with good pace, smart positioning and precise crossing ability. The Colombian’s time at Atletico Madrid may have been disappointing, but he remains a quality player whose valuable experience at the top level could massively help Ten Hag’s side at Old Trafford.

Dalot has improved tremendously as a player under Ten Hag, but he can’t play every game, and with the World Cup in Qatar on the horizon, addressing the right-back becomes even more important. Adding Arias will therefore give the United boss more options at right-back and allow him to rotate with Dalot.

On a free transfer, there is little risk attached to this signing. If Arias has overcome his injury struggles, he could prove to be a shrewd deal for the Red Devils.