Home » PSG: Draxler loaned to Benfica to facilitate a transfer?

German Julian Draxler has been loaned to Portuguese club Benfica Lisbon for the 2022-2023 season. PSG made the process easier for their unwillingness, notably by seizing a large portion of the 28-year-old’s salary. 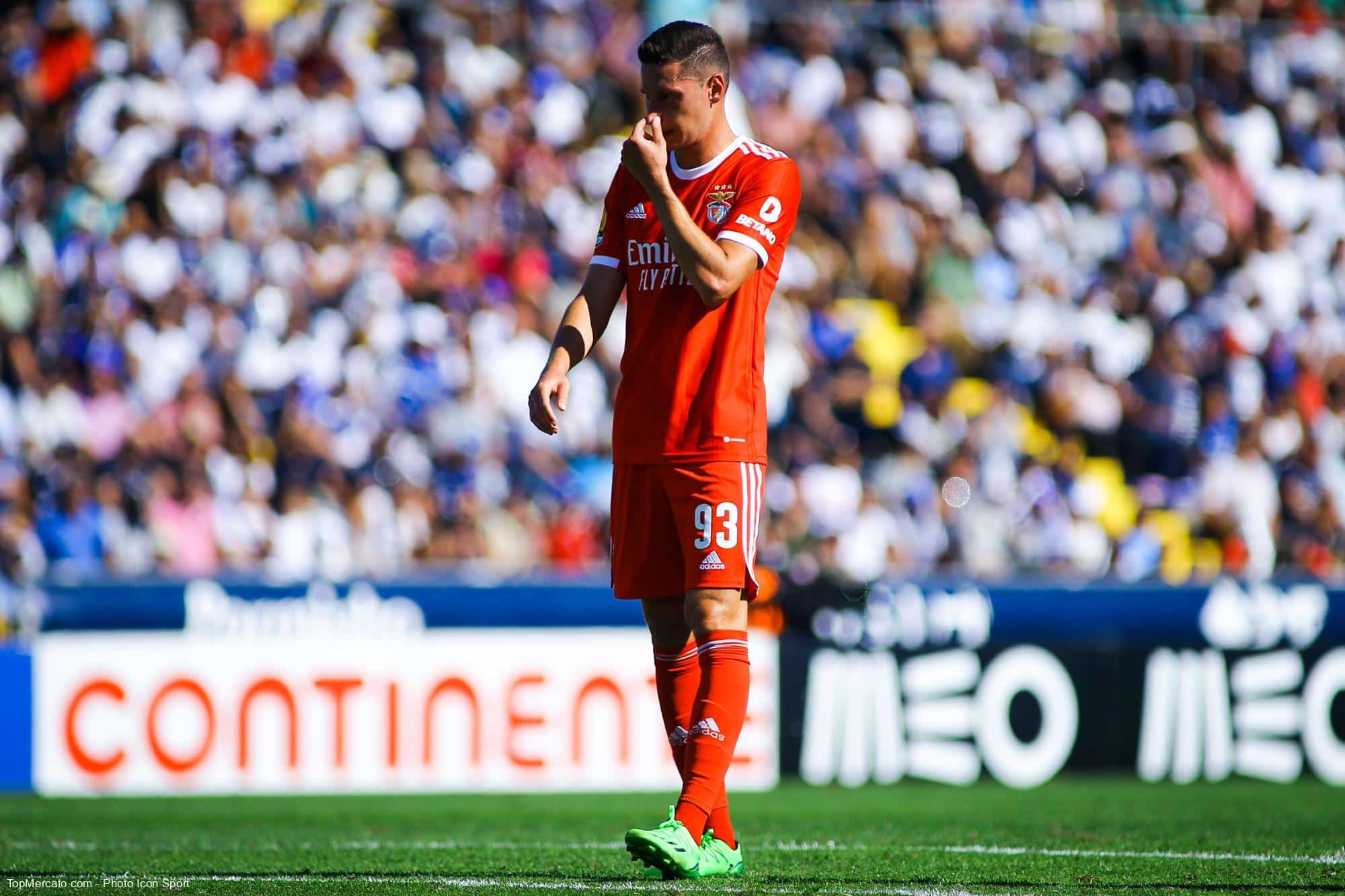 If PSG does not specify a purchase option for this temporary transfer, it has asked Benfica for 2.5 million euros for the loan, a rather low amount compared to the current value of the German. (18 million euros according to Transfer Market). But according to information from Portuguese journalist Pedro Almeida, Luis Campos intentionally preferred the Benfica path to Julian Draxler, with the goal of gaining an advantage over a process involving the 21-year-old striker, Goncalo Ramos. The Portuguese, who can play as a striker or a second striker, had a great start to the season with Benfica, in the league (5 matches, 2 goals, 2 assists) as well as in the Champions League (5 matches, 4 goals, 2 assists). The Portuguese club’s number 88 is linked to his team until 2026, according to Transfer MarketGoncalo Ramos is worth 14 million euros.

Luis Campos, who appreciates his compatriot, has his eye on him next summer, having tested the waters this summer. After his consolidation on Julian Draxler’s profile, PSG’s special advisor is hoping Benfica will return the favor to him during the upcoming negotiations for Gonzalo Ramos.

Extensions to Sergio Ramos and Messi?

According to the information received from the teamLuis Campos also notes the current workforce at Paris Saint-Germain, and considers the extensions he can offer to the players. Along with Marco Verratti and Marquinhos, the Portuguese believe Sergio Ramos and Lionel Messi could be offered a new contract, despite their advanced age (36 and 35 respectively). More cautious than the first two cities, Luis Campos is waiting to see how the season unfolds, especially for Sergio Ramos, who played quite a bit last year, before making a move on these issues.

Note that Argentine Lionel Messi does not want to discuss his future in Paris Saint-Germain before the World Cup in Qatar.